Co-founder of the Black Lives Matter group in New York is warning of an “uprising” just like the George Floyd riots last year over Democrats’ oppressive vaccine mandates that strongly impact black Americans.

The leader, Chivona Newsome, led a protest at Carmine’s Italian Restaurant in New York City on Monday after three black women were denied entry because of their failure to provide proof of vaccination. The women then reportedly attacked the hostess and were then arrested.

“Seventy-two percent of black people in this city from ages 18 to 44 are unvaccinated,” Newsome said during the protest. “So what is going to stop the Gestapo, I mean the NYPD, from rounding up black people, from snatching them off the train, off the bus?”

“We’re putting this city on notice that your mandate will not be another racist social distance practice. Black people are not going to stand by, or you will see another uprising. And that is not a threat. That is a promise,” she added. “The vaccination passport is not a free passport to racism.”

Black Women’s March co-founder Kimberly Bernard also said, “We are serving notice on the mayor, on the governor, on the restaurant industry that we will not allow for you to use this pandemic, vaccination cards, and masks as another reason to be racist, to put us in prison — because there’s enough of us in there.”

According to the attorney for one of the black women who was involved in the incident, the hostess used a racial slur.

“Last week’s violence against our staff had nothing to do with race, despite a Texas criminal defense lawyer’s false assertions to the contrary,” the restaurant said. “Three female guests in the party who had shown proof of vaccination and been welcomed into the restaurant without issue then launched an entirely unprovoked, brutal attack on our hosts, one of whom continues to suffer from a concussion.”

President Joe Biden’s support among black Americans is quickly plummeting as they are waking up to his racist policies.

President Joe Biden’s job approval has been steadily sinking over the last few weeks — he is at just 43% approval in the latest Gallup poll out Wednesday — but his decision to empower the Occupational Health and Safety Administration to police COVID-19 vaccinations in thousands of workplaces is tanking him with black voters, specifically, per Morning Consult.

The news seems to coincide with a protest out of New York City alleging that Mayor Bill de Blasio’s own vaccine mandate, which requires individuals seeking to dine indoors at restaurants have at least one dose of a COVID-19 vaccine, is providing cover for racism and may, itself, be racist.

Morning Consult found that Biden’s approval dropped a striking 12 points among black voters since September 8th, the day before the White House announced a comprehensive new COVID-19 mitigation plan that included a new OSHA rule, which, when drafted, will demand workplaces with 100 or more employees either require their workers to be vaccinated against COVID or submit to rigorous testing for the virus. 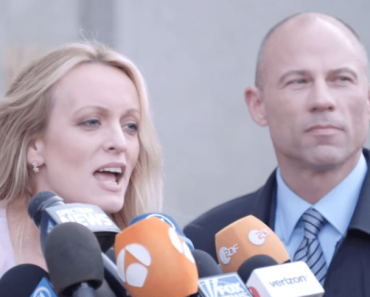