The Biden administration has been forced to respond to a crisis involving more than 10,000 Haitian migrants who crossed illegally from Mexico and assembled under and around a bridge in Del Rio, Texas.

Following reports and video footage showing thousands of mostly Haitian migrants setting up a tent city and casually walking across a dam to enter the U.S., the Defense Department announced late Friday it would begin flying the migrants back to Haiti.

“Details are yet to be finalized but will likely involve five to eight flights a day, according to the official with direct knowledge of the plans who was not authorized to discuss the matter publicly and spoke to The Associated Press on condition of anonymity,” The AP reported.

“San Antonio, the nearest major city, may be among the departure cities,” the newswire added.

The administration’s hasty action comes as thousands of migrants began assembling in the area on Sept. 8, with many thousands more reportedly on their way.

“The Southwest border has been inundated in recent months with a surge in unauthorized crossings not seen in more than two decades,” The New York Times added. “More than 200,000 people crossed last month, bringing the total this fiscal year to more than 1.5 million.”

The Biden administration also announced late Friday that it would temporarily shut down the Del Rio Port of Entry along the Texas-Mexico border due to the increasingly dire situation on the border.

“U.S. Customs and Border Protection today announced that the Office of Field Operations (OFO) Del Rio Port of Entry will temporarily close and re-route traffic from Del Rio to Eagle Pass to more effectively manage resources and ensure uninterrupted flow of trade and travel,” the agency noted in a statement.

“This temporary closure and shift is necessary in order for CBP to respond to urgent safety and security needs presented by an influx of migrants into Del Rio and is effective immediately,” the statement added.

“Six hours after U.S. Customs and Border Protection requested help from Texas to close ports of entry and secure the border, the Biden Administration has now flip-flopped to a different strategy that abandons border security and instead makes it easier for people to cross illegally and for cartels to exploit the border,” GOP Texas Governor Greg Abbott said in a statement earlier this week.

“The Biden Administration is in complete disarray and is handling the border crisis as badly as the evacuation from Afghanistan. I have directed the Texas Department of Public Safety and the Texas National Guard to maintain their presence at and around ports of entry to deter crossings,” Abbott continued.

In addition, Abbott and the GOP legislative majority have approved funding for the construction of hundreds of miles of new border security fencing along the state’s border with Mexico.

Contracts for the new construction have already gone out and some have reportedly been signed. 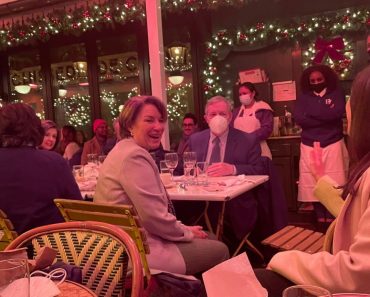