Home
Latest News
Atlanta Fed: The US Economy is on the Verge of a Contraction
Prev Article Next Article
Share the Story :

In its most recent GDPNow report, the Federal Reserve Bank of Atlanta revised its estimate of US GDP growth for the third quarter of 2021 down to 0.2%, meaning that the US economy is incredibly close to contracting. As ZeroHedge reports, that’s “down from 1.2% on October 15, from 6% about two months ago, and down from 14% back in May.“

And, to be clear, that’s not just a revision for the region the Atlanta Fed is in, nor is it simply the subjective assessment of bureaucrats, bankers, and economic doomsayers.

Rather, it’s the result of a mathematical model of America’s economic data. As the GDP Now report states, “GDPNow…is best viewed as a running estimate of real GDP growth based on available economic data for the current measured quarter. There are no subjective adjustments made to GDPNow—the estimate is based solely on the mathematical results of the model.”

Further details of the revision and what went into it come from the report, which states that:

“The GDPNow model estimate for real GDP growth (seasonally adjusted annual rate) in the third quarter of 2021 is 0.2 percent on October 27, down from 0.5 percent on October 19. After the October 19 GDPNow update and subsequent releases from the US Census Bureau, the National Association of Realtors, and the US Department of the Treasury’s Bureau of the Fiscal Service, a decrease in the nowcast of third-quarter real government spending growth from 2.1 percent to 0.8 percent was slightly offset by an increase in the nowcast of third-quarter real gross private domestic investment growth from 9.0 percent to 9.3 percent. Also, the nowcast of the contribution of the change in real net exports to third-quarter real GDP growth decreased from -1.56 percentage points to -1.81 percentage points.”

That expectation of rock-bottom, 0.2% growth is significantly below bank expectations. As can be seen in the below chart, provided by the Atlanta Fed in its GDPNow report, blue-chip banks expect close to 4% growth in the third quarter.

The subcomponents that make up the report include consumer spending, residential investment, net exports, nonresidential fixed investment, change in private inventories, and government spending. The effects of those subcomponents can be seen in this chart, also provided by the Atlanta Fed:

Apparently, an increase to the change to private inventories category is barely offsetting drops in the net exports subcategory and both investment subcategories.

None of that bodes well for the American economy.

As ZeroHedge concludes, “everything is slowing and it is the consumer – that 70% driver of GDP growth – that may be about to hit reverse.”

A similar view was provided by Sam Bullard, Wells Fargo senior economist, who claimed that “The pace of GDP growth is likely to have decelerated substantially in Q3, a reflection of the Delta-variant wave exacerbating labor and material shortages, transportation bottlenecks, and accelerated price gains. Taking a look at the major components, consumer spending is expected to drive most of the slowdown as supply shortages and rising COVID infection rates lead to decline in goods spending and a moderation in services spending.”

Not all estimates of third-quarter US GDP growth are so dire, however. The Bureau of Economic Analysis, for example, expects 2.6% annualized GDP growth. While that still means that, according to YahooFinance, “the U.S. economy likely expanded at its slowest clip in over a year in the third quarter, with a reopening surge in activity quickly beginning to fade,” it’s still significantly better than the paltry, near-contraction estimate provided by the Atlanta Fed.

Furthermore, as noted above, blue-chip banks expect near 4% growth, which would be even better, if unlikely. 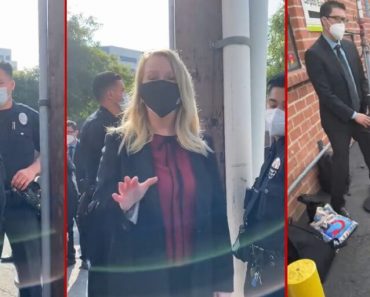