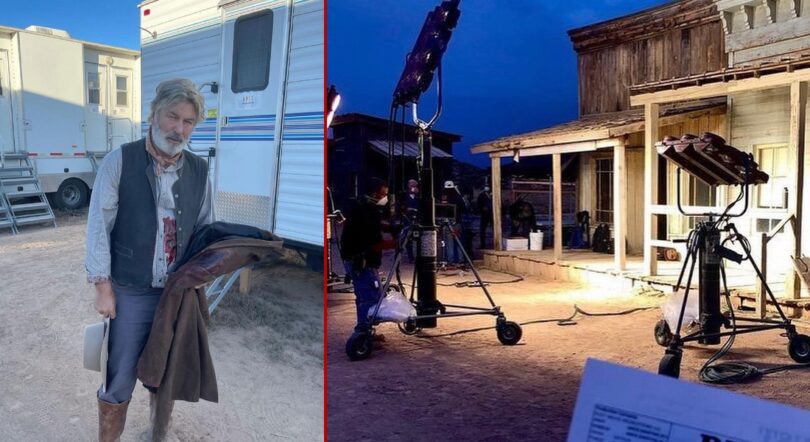 Alec Baldwin was on set in New Mexico filming the movie “Rust,” when he accidentally fired a ‘prop gun’ and killed the director of cinematography, while wounding the director.  Halyna Hutchins, 42, died at University of New Mexico Hospital in Albuquerque, and the director Joel Souza, 48, was taken to Christus St. Vincent Regional Medical Center, the Santa Fe New Mexican reported on the incident, citing the local sheriff’s office.

While the shooting is believed to be an accident, there is an ongoing shooting investigation into how such a deadly incident could occur. According to the publication Variety, which reported the tragic incident on Thursday night, the shooting was chalked up by the production company as a “misfire” of a “prop gun with blanks.”

The Sheriff’s office received a 911 call reporting the incident at 1:50 p.m. Mountain Time. ABC News broadcast scanner audio, in which someone could be heard reporting that, “We have a person who was shot accidentally.”

The production company issued its initial statement on Thursday afternoon, saying, “There was an accident today on the New Mexico set of ‘Rust’ involving the misfire of a prop gun with blanks.”

Baldwin, who was visibly devastated upon learning that the shooting had led to the untimely death of Hutchins, willingly provided a statement to the sheriff’s office.

While the production company involved claimed that there was a “misfire of a prop gun with blanks,” the Sheriff’s office indicated that it was “too soon to say what type of round was involved,” Variety reported. The Sheriff’s Office also did not use the word “accident,” the publication noted, leaving that to be determined by investigators.

“We’re treating this as we would any other investigation,” sheriff’s office spokesman Juan Ríos said about the matter.

“The prop was fired at Bonanza Creek Ranch, where filming was underway, the sheriff’s office said in an early evening news release,” the Santa Fe New Mexican reported. “The set was locked down while deputies began their investigation.”

“Attempts to get comment from Baldwin outside the sheriff’s office were unsuccessful,” the publication added.

In a statement to The New York Times, Rust Movie Productions said: “The entire cast and crew has been absolutely devastated by today’s tragedy, and we send our deepest condolences to Halyna’s family and loved ones. We have halted production on the film for an undetermined period of time and are fully cooperating with the Santa Fe Police Department’s investigation. We will be providing counseling services to everyone connected to the film as we work to process this awful event.”

The director Joel Silva was reportedly out of the hospital by early Friday morning, according to actress Frances Fisher. Baldwin was reported to have been in tears and devastated by the tragic news. 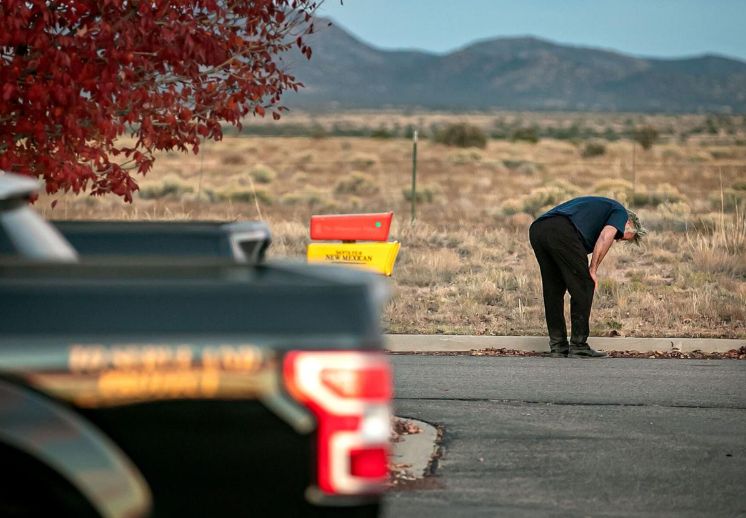 Baldwin’s deadly shooting incident is not the first to have taken place on a Hollywood set, even as the actor has mocked Donald Trump about gun control in the past.

“Actor Jon-Erik Hexum was killed Oct. 18, 1984, on the set of the TV series Cover Up when he accidentally shot himself in the head with a gun loaded with blanks,” Deadline noted. “And in 1993, Brandon Lee, the son of martial arts legend Bruce Lee, died after he was shot. … Both incidents were determined to have been accidents.”