Hawaii attorney Michael Green is spearheading a class-action lawsuit representing 1,200 first responders against the State of Hawaii against its mandate that they all be vaccinated for COVID-19.

The class action lawsuit was announced at a press conference on Friday.

“The heavy-handedness that we are now seeing is shocking to the conscious for Hawaii especially, and there’s got to be a voice,” Green said.

“What is being done now is pitting people against each other,” he added. “I mean, almost to the point of violence. We have nurses looking at other nurses, outraged that they didn’t take the vaccine.”

“You have parents of kids who have been vaccinated, ‘that’s what my parent decided’,” he continued. “Sitting next to a kids who has not been. They have religious reasons not to, or an absolute fear that they don’t want their son or daughter to be one of the 45,000 that died from it,” he claimed.

In August, CDC Director Walensky made the admission to CNN’s Wolf Blitzer that the COVID vaccines, which are still under Emergency Use Authorization, do not prevent transmission of the virus. Therefore, vaccination is not a public health matter, but an individual health concern that is between a patient and doctor.

The class-action lawsuit will be a major test of the state’s ability to force people to take a vaccine that the people believe is untested and may be harmful. Critically, the state of Hawaii has removed the religious exemption.

“The group argued the mandate violates workers’ constitutional rights and employers should not be able to decide how to grant exemptions for religion because it is a personal belief,” ABC 4 reported.

“The lawyers also criticized Gov. David Ige and all four county mayors for not creating a uniform statewide plan — and claimed the governor did not give unions the opportunity to negotiate before the policy was announced,” the report noted.

“The knee-jerk reaction of our governor and our mayors has caused incredible concern with our unions,” Green said.

“Everyone that’s impacted by the fear that they’re going to lose their jobs. I think what’s going to happen also is that if you want to get unemployment, the employer’s going to come in and say, no, they were fired for cause,” Green added.

The Attorney General’s office called the vaccination policy “lawful and constitutional.” The COVID vaccine mandate is set to go into effect on Monday. 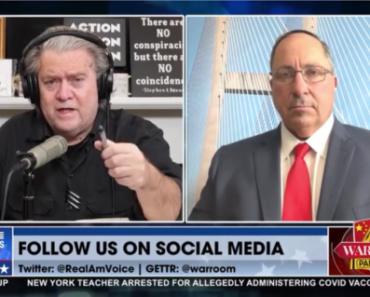