Home
Latest News
We Now Know What That ‘Top Secret Meeting’ in Australia Regarding a ‘Major International Development’ Was All About
Prev Article Next Article
Share the Story : 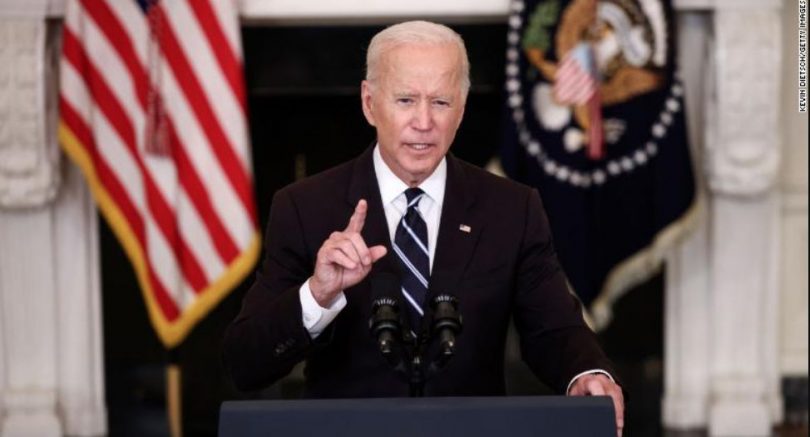 There were secret talks held in the Australian capitol of Canberra on Wednesday regarding a ‘massive event’ that was expected to come out of America on Thursday morning.

Late Wednesday night, news broke of a security pact between the U.S., Great Britain and Australia involving the sharing of sensitive nuclear and artificial intelligence technology. It is ostensibly part of a joint effort to counter Chinese military aggression in the South Pacific.

“Australia, the United States and Britain will unveil a landmark new security pact to share advanced technologies, including nuclear submarine technology, in a major international announcement on Thursday morning,” the Age reported in a follow-up to its original reporting.

“As part of the pact, to be known as AUKUS, the US would help Australia develop a nuclear submarine capability, which could result in Australia dumping its $90 billion submarine deal with France, sources confirmed.”

“The working group will enable the three countries to share information in areas including long-range strike capabilities, artificial intelligence and underwater systems in a thinly veiled bid to counter China, Politico reported, citing a White House official and a congressional staffer,” the report continued.

The bit on “artificial intelligence” could be the most concerning to those who believed the announcement might concern collaboration on matters such as ‘population control’ in the face of ongoing, unpopular lockdown policies. Australia and Great Britain have been home to some of the most massive anti-lockdown demonstrations.

Meanwhile, Washington D.C. appears to be bracing for popular unrest amid increasingly authoritarian policies, such as a federal vaccine mandate that was issued via executive order. On Thursday, the news surfaced that Washington D.C. was installing fencing, motion detection, and facial recognition software around the U.S. capitol.

Motion-tracking watchtower installed outside the US Capitol along with new fencing pic.twitter.com/rPBp3SfN3z

The security measures were purportedly put in place in preparation for a September 18 ‘far-right rally’ that is being disavowed by the Proud Boys and even by former President Trump himself.

“Trump also characterized the planned Sept. 18 rally at the U.S. Capitol as a ‘setup’ meant to denigrate Republican voters regardless of what transpires,” the Federalist reported in an exclusive.

The earlier suggested a ‘major international development’ expected out of the United States on Thursday morning, according to the Australian-based publication.

“Sources familiar with the development said some members of cabinet were granted border exemptions to urgently fly to Canberra for the hastily arranged meeting, which sources say will have international significance,” the Age report said.

“The announcement will be “significant to the United States and British governments,” the report indicated.

The White House announced late Wednesday that President Joe Biden will soon deliver “brief remarks about a national security initiative.” The U.S. press picked up on the announcement, particularly Politico.

Per a WH source, today’s national security announcement has something to do with the UK and Australia.

The piece below seems to confirm that.

“Per a WH source, today’s national security announcement has something to do with the UK and Australia,” Politico reporter Alex Ward commented. “The piece below seems to confirm that. But what, exactly? Still don’t know.”

Australia has become notorious for some of the most draconian Covid lockdown policies on the planet. The recently liberal democratic nation has even imposed Covid internment camps on its citizens, out of which has come some harrowing reports.

President Joe Biden will also be traveling to New York City on September 21 to deliver remarks at the U.N. General assembly, the White House announced on Monday.

“Joe Biden will reportedly propose a target for 70% of the world’s population to be vaccinated within the next year at a global vaccines summit he intends to convene alongside the UN general assembly in New York this month,” the Guardian reported.

Whether or not the tri-lateral security arrangement will actually lead to an enhanced ability to resist Chinese encroachment is unclear. The joint announcement to share sensitive nuclear and AI technology is undoubtedly an open invitation for abuse, as well as probable interception by hostile adversaries, including Russia and China.