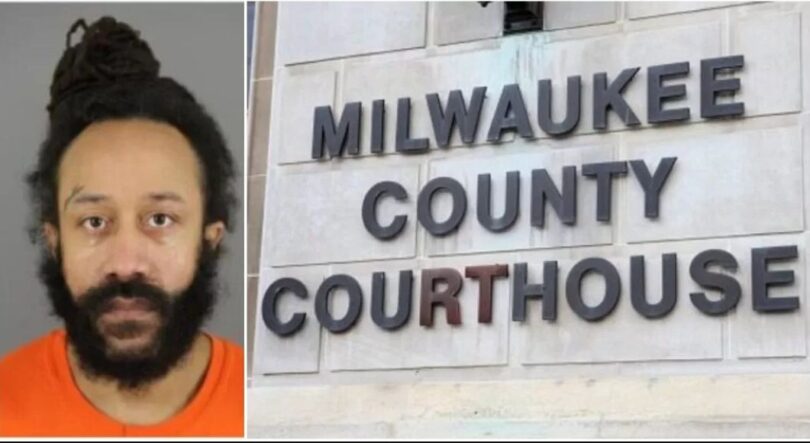 “Milwaukee County’s court system is unable to produce a recording or transcript of the controversial Darrell Brooks bail hearing that resulted in the Waukesha parade suspect going free just 10 days before the attack,” Wisconsin Right Now exclusively learned. “The recording doesn’t exist due to either technical issues or human error, the district court administrator tells WRN.”

“Indeed, other than a short paragraph on the Wisconsin online court website, the county can produce no transcript or other record of what was said at the hearing at all,” the report stated.

“That’s even though the hearing has earned the Milwaukee County District Attorney, John Chisholm, and a court commissioner, Cedric Cornwall, a raft of negative national headlines,” the reporte added. “Brooks’ $1,000 bail in the pending felony case has sparked renewed criticism of the ‘bail reform’ movement nationwide (read our story rounding up court system failures in the Brooks’ case here).”

“We requested a transcript or recording of the hearing because we believed the public deserves to know what rationale officials gave for Brooks’ low bail,” WRN noted.

WRN provided the steps it took to verify that the bail hearing transcript is no longer available.

“Milwaukee County chief judge, Mary Triggiano, told WRN exclusively that there are ‘no recordings’ for intake court that afternoon, where Brooks’ bail was set at $1,000 on Nov. 5, she believed because of ‘technical issues’,” the report said. “However, she referred WRN to Holly Szablewski, district court administrator, for additional details. We would note that Triggiano is always very forthcoming and transparent with us; she responds quickly and tries to provide the available details in an expedient fashion.”

Szablewsk told Wisconsin Right Now: “No recording is available from which to prepare a transcript. This may have been the result of human error or a technical malfunction.”

Meanwhile, there has been a shakeup in the Darrell Brooks trial. On Tuesday, Becker News reported that the judge in the trial has granted a motion to allow the murder suspects’ previous attorney to step down from the case. Joseph Domask, Brooks’ counsel, requested to be pulled from the case because he purportedly had a high number of relationships with the incident’s victims. Judge Davis Feiss granted the motion.

Domask had represented Brooks during his November 5 court appearance for allegedly running over his ex-girlfriend with his SUV in a gas station parking lot on Nov. 2, as Fox News reported. Brooks is still facing charges of reckless endangerment, battery, domestic abuse, bail jumping and resisting arrest over the alleged attack, in addition to the six homicide counts for the Waukesha parade massacre.

On Wednesday, Darrell Brooks told Fox News Digital that he felt “dehumanized” and “demonized” as he sat in jail awaiting trial.

“I just feel like I’m being monster – demonized,” Brooks said.

Imagine how badly the parents of the victims must feel.