Home
Latest News
Tucker Carlson Rips ‘The Most Deranged Story Ever Printed’ in Must-See Rant: ‘It is Almost Impossible to Believe That It’s Real’
Prev Article Next Article
Share the Story :

Tucker Carlson unloaded on “the most deranged story ever printed” on Thursday night in a must-see rant. His monologue on a recent unbelievable story published in the Wall Street Journal is the official pronouncement that ‘satire is dead’ in America. Watch:

“No matter what happens going forward… this story will live forever as the high watermark of political lunacy,” Tucker ranted. “Mark your calendars: October 20th, 2021. This is the day that things possibly couldn’t get any nuttier.”

“And here it is; According to a piece in this afternoon’s ‘Wall Street Journal,’ the Biden administration has decided to pay reparations to illegal aliens,” he said. “In other words, foreigners who came here without invitation, who came in willful violation of legal statutes passed by our Congress per our Constitution, those people are about to get a groveling apology and huge amounts of cash. Why? Because our government dared to enforce its own laws which now apparently is immoral.”

“So the Biden White House is going to pay criminals for committing crimes,” he added. “It is almost impossible to believe that it’s real. But it is real.”

“According to the Journal, the administration claims to ‘offer immigrant families that were separated during the Trump administration around $450,000 a person in compensation’,” Tucker read. “The U.S. Department of Justice, Homeland Security, Health and Human Services, considering payments that could amount to close to $1 million per family. A million dollars per family for illegal aliens at exactly the moment that American families are becoming noticeably poorer by the day.”

“You won’t be surprised to learn according to the paper that nearly a thousand reparations claims have already been filed. Why not?” he continued. “The total payout from this, more than a billion dollars.”

Top 30 Most Beautiful Women in the World

A-lister’s Twin Siblings Nobody Has Ever Known About!

“So, how much is that exactly? Let’s see. If you are an American citizen who was killed in a war defending your country, our government promises to send your family a hundred thousand dollars,” Tucker said. “That is less than a quarter that Joe Biden intends to give illegal aliens for the inconvenience of being deported.”

“It’s more than any ordinary American ever gets for anything from the U.S. government,” Tucker added. “Most people just give. Foreigners with no respect for our laws or systems, meanwhile, are hitting the jackpot.” 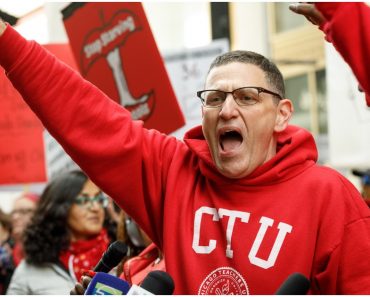