Texas Attorney General Ken Paxton said Tuesday he doubts President Joe Biden has any authority to mandate that Americans must get a COVID-19 vaccine while suggesting that states will have to decide themselves what course of action they will follow if the administration issues one anyway.

Paxton also doubted that Biden or his administration has the authority to issue a nationwide mask mandate.

“I don’t think the federal government can order this, and so it’s going to be up to the states to decide what they’re going to do,” Paxton told Newsmax over the weekend.

The Republican attorney general also said that he thinks federal law provides that Americans cannot be forced to give out personal health information regarding the virus, including vaccination status.

“I would absolutely think federal law would cover that,” Paxton said.

“But also, what right does the Congress of the federal government have to tell anybody that they have to be vaccinated. That’s an individual choice,” he noted further.

“I don’t know under what law they would have to operate under, but they certainly can’t tell the American public that they have to be vaccinated.”

He also lashed out at the administration’s confusing messaging on the issues.

“If you talk to the CDC, or you talk to the administration, or you hear from Nancy Pelosi, it’s mixed messaging, and it changes it seems like on a weekly basis,” Paxton said.

Those comments conflict with a recently issued opinion from the Justice Department’s Office of Legal Counsel.

The opinion stated that federal law does not prevent private businesses or public agencies from requiring that visitors, clients, and customers be vaccinated under the Food and Drug Administration’s emergency use authority.

“The agency’s opinion that some have questioned the legality of COVID-19 vaccine mandates and concluded that federal law concerning the FDA’s emergency use authorizations (EUA) on COVID-19 vaccines made by Moderna, Pfizer, and Johnson & Johnson doesn’t ‘prohibit public or private entities from imposing vaccine requirements, even when the only vaccines available are those authorized under EUAs,’” The Epoch Times reported, citing the Office of Legal Counsel’s opinion.

Some states, including Florida, are banning schools from requiring masks or vaccines.

Last week, Biden announced that federal employees would have to be vaccinated, presumably as a condition of continued employment.

But his announcement has already been met with resistance from an unlikely source – public sector unions who are pushing back on behalf of members.

Paxton responded to Newsmax host Carl Bigbie who said Biden’s messaging on mandatory vaccines has changed since he was president-elect in December.

“I don’t think we know what changed,” Paxton continued. “It’s odd that his position is a 180-degree return.

“Who knows why they’re changing what they’re changing, but the reality is I don’t think anybody can answer the question. And guess what? Next week we’ll probably have a different answer to that question, and there’ll be a different message the one year ago,” Paxton added.

“There’s no direction and I’m guessing we’re going to see a different message as we go forward,” he said, adding there is “no way” Texas will reimplement a mask mandate or require residents to become vaccinated. 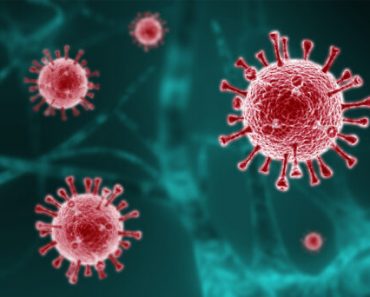