Move aside, Donald Trump. Biden’s own White House Chief of Staff has tweeted something far more damaging to his administration than the former president ever did.

In case you missed it, President Biden’s unlawful federal vaccine mandate has been getting hammered in the courts. The Biden administration recently suffered a devastating ruling that held the mandate suffered from “grave statutory and constitutional” defects.

In the course of The Fifth District Court of Appeals maintaining its emergency temporary stay of the federal vaccine mandate over the objections of the Biden administration, the court found that the White House’s own chief of staff had a shady reason for supporting the mandate.

The White House Chief of Staff Ron Klain retweeted a message that explains why Biden is coercing employers to mandate their employees to get vaccinated. It was mentioned in a footnote to the 22-page ruling.

OSHA doing this vaxx mandate as an emergency workplace safety rule is the ultimate work-around for the Federal govt to require vaccinations.

Judge Kurt Engelhardt, one of the three-judge panel on the district court, ruled that Klain’s retweet was an “endorsement” of the phrase “work-around.”

The judge added in the court’s opinion that the public interest is “served by maintaining our constitutional structure and maintaining the liberty of individuals to make intensely personal decisions according to their own convictions.” Engelhardt seemingly added a veiled reference to Klain’s tweet: “Even, or perhaps particularly, when those decisions frustrate government officials.

The federal appeals court on Friday delivered a serious blow to President Biden’s unlawful federal vaccine mandate. The court’s decision to maintain an emergency stay over the objections of the Biden administration was interpreted by legal analysts as ‘national in scope.’

The court ruled against the Occupational Safety and Health Administration (OSHA) and a number of Biden administration officials. The OSHA regulation mandated that workers in all businesses with 100 or more employees be “fully vaccinated or regularly tested for Covid-19 by Jan. 4.”

The Biden administration exacerbated its unlawful issuance of the mandate by telling employers to ignore the courts.

“People should not wait,” White House Deputy Press Secretary Karine Jean-Pierre told reporters after the court’s initial ruling. “They should continue to move forward and make sure they’re getting their workplace vaccinated.”

The Biden administration clearly does not have the legal authority to issue such a sweeping mandate. Even Biden’s hapless White House Chief of Staff Ron Klain has apparently acknowledged it with one really stupid retweet on Twitter.

When a retweet helps sink national legislation – that’s an all-time “tweet that did not age well.” 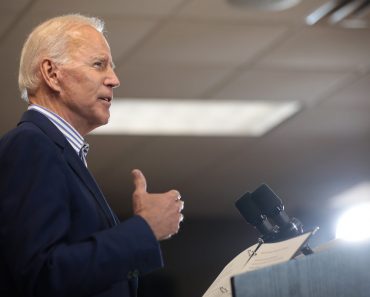