President Biden got lost in Louisiana as he took a tour of the hurricane-struck state. The Bidenesque episode occurred after delivering his remarks on Hurricane Ida’s extensive damage to the state

“Folks, Hurricane Ida is another reminder that we need to be prepared for the next hurricane,” Biden said. “And superstorms are going to come and they’re going to come more frequently and more ferociously.”

He also addressed that thousands of Louisianans were still without power.

“You’ve got to be frustrated about the restoration of power,” he said, “and I understand.”

“This way, sir,” a staffer tries to direct him. Biden completely disregards him and continues to wander in the opposite direction.

Biden ignores a staffer, keeps on walking in the wrong direction pic.twitter.com/6vvM6Jre4o

Biden also needed ‘cheat sheets’ to remember who the people were he was meeting with and what he was supposed to say. 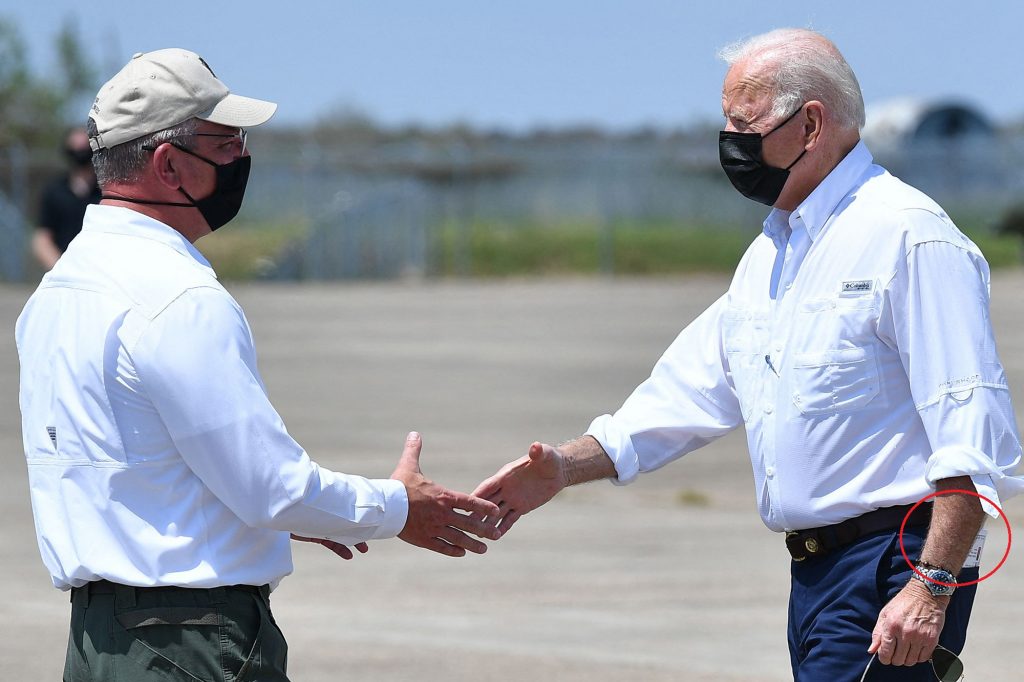 “Biden walked to the Marine One helicopter with a cheat-sheet of officials’ names and photos sticking out of his pants pocket,” the New York Post reported. “He also appeared to have a script in his pocket.”

“The cheat sheet included the names and photos of Cantrell and Jefferson Parish President Cynthia Lee Sheng,” the Post added.

It isn’t the first time Biden has had such a wayward excursion while on an official trip. In June, Biden answered a quick question for a reporter about how he believed the G-7 talks were going, before his wife Jill Biden seemed to come to rescue.

Joe Biden seems to get lost at the G7 summit in England, Jill comes to the rescue @JoeBiden @G7 @FLOTUS @USAmbUK pic.twitter.com/GFxGouRCoA

You can hear an outburst of laughs, although Biden didn’t seem to make any joke.

Much like America, President Biden seems to be lost. Unfortunately, it will take more than a staffer’s words of caution to turn the country around with this president.