Kellyanne Conway, the former top political adviser to President Donald Trump, said in an interview Wednesday that President Joe Biden and Democrats are about to feel the political wrath of the American people in response to the administration’s economic policies, which she said were driving inflation and creating a coming “winter of discontent.”

Telling Fox News’ Sean Hannity that Biden and his people undid Trump’s economic policies out of spite, not because they were ineffective, she went on to opine that they created “a big hot mess, and policies have consequences.”

“This is the president who on day one killed the energy pipeline in the country, then had some Russian energy collusion with Putin to make sure he approved the Nordstream 2 there,” Conway said.

“These have consequences, because people are now feeling Biden economics at the gas pump and in the grocery cart, and the winter of discontent is coming. They project that our home heating costs will rise as much as 54 percent,” she said.

“The other thing to note here is that under President Trump we had energy independence, net exporter of oil and natural gas for the first time in our history,” Conway continued.

“Now in addition to the poor policies leading to higher costs for consumers, particularly middle-class and lower-income consumers, we have on top of that $630 billion and $3.5 BIden-Bernie package to prop up the Green New Deal which nobody wanted last time,” Conway, who left the administration shortly before the 2020 election to spend more time with family, added.

“One more thing. When you think about energy Independence it also comes with jobs. It comes with things that are made in America.”

“We have enough energy under our feet and off our shores to be energy independent, but Joe Biden, he unraveled the Trump policy out of spite,” she continued. “There’s no clear rationale that there was a philosophical difference. It was Trump that, Trump this.

“And one last thing with the vaccine. President Trump’s administration under Operation Warp speed, we handed over 3 approved vaccines to Biden/Harris. All they had to do was run a marketing campaign. That’s all they had to do,” Conway continued.

“We did the science part. They were approved and ready to go. 13 million Americans received the vaccine while Donald Trump was still in the White House including none other than Joe Biden and Kamala Harris. So they’ve hit a wall. His poll numbers have caught up with him. He’s underwater on every metric,” she noted further.

“As a pollster, we look at two things: personal attributes and performance metrics. People now say he doesn’t care about people. He doesn’t have the will to lead and he’s underwater on the economy, immigration, the southern border, Afghanistan, and national security,” she claimed. 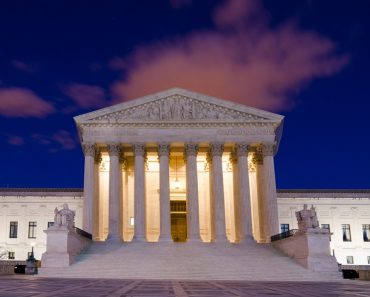