Unfortunately for them, a domestic dispute involving a serial felon, Darrell Brooks Jr, 39, who was released on bail just 2 days prior, was ending with him fleeing, getting into his Red SUV. One neighbor claims his ex-girlfriend was seen ‘running away with no shoes and a black eye’.

After fleeing the scene, Brooks, who has since been charged with five counts of murder, plowed into the parade-goers, leaving behind what responding police officers said left a path of carnage resembling a war zone.

Brooks then allegedly fled and ended up in videos shared by NBC News by resident Daniel Rider, Brooks.

In them, Brooks is seen wearing a T-shirt and shivering on Rider’s front porch knocking on the home’s front door. The video footage also shows Brooks being surrounded by police officers who shout at him to put his hands up as he stands on the stranger’s front porch.

A timestamp on the video shows that it was recorded just after 5 p.m. local time, about 20 minutes after Brooks allegedly tore through parade route barricades, killing five people and injuring dozens more.

“I called an Uber and I’m supposed to be waiting for it over here, but I don’t know when it’s coming,” he can be heard saying. “Can you call it for me please? I’m homeless.”

In an interview, Rider, who’d been away on a hunting trip and was watching football when the crash occurred, said he had no idea about what had just happened blocks away.

He said he invited Brooks inside and gave him a jacket, made him a sandwich, and let him use his phone.

“All of a sudden, I look outside my street and I see a few cop cars drive by and I’m getting extra nervous,” he said.

The Milwaukee DA’s office has subsequently released a statement that Brook’s low bail amount was a mistake, considering the crimes he previously committed.

In the end, an ineffective legal system, the push for no bail nationwide, and a possible clerical error allowed a very dangerous psychopath out on the streets again.

In less than 3 days, Brooks managed to end and change the lives of thousands of people, before eating a sandwich and enjoying the warmth of a hospitable local resident, who did not know he was proving comfort to a monster.

Darrell Brooks Jr should have been locked up a long time ago. 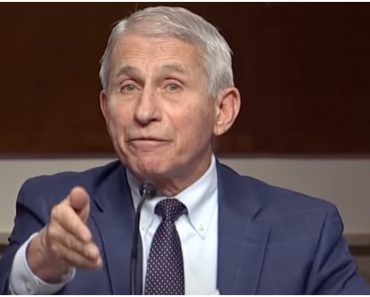