President Joe Biden’s administration is dismissing appointees of former President Donald Trump to various government advisory boards and commissions though they are normally appointed to fixed terms and have not been removed by new presidents in the past.

Various Trump appointees including former top presidential adviser Kellyanne Conway and press secretary Sean Spicer, among others, have all received very short, curt letters demanding they “submit your resignation to me by the close of business today.

“Should we not receive your resignation, your position with the Board will be terminated effective 6:00 pm tonight. Thank you,” the letter adds.

The Daily Wire, which was the first to report the letters, added:

The removals range from highly credentialed experts at obscure entities where politics are unlikely to be an issue, such as the Arctic Research Commission, to military service academies.

In some cases, the Biden administration initially opted to refused to convene the commissions, including the National Board for Education Sciences — meaning the Biden administration chose to suspend a board dedicated to science in education during a year defined by schools’ attempt to grapple with how they should respond to the coronavirus, seemingly to ensure that no one tied to Trump would have a voice.

“I will let others evaluate whether they think Kellyanne Conway and Sean Spicer and others were qualified, or not political, to serve on these boards, but the President’s qualification requirements are not your party registration, they are whether you’re qualified to serve and whether you’re aligned with the values of this administration,” she added.

Conway took to Twitter to post a screengrab of a letter she sent to Biden refusing to resign but also suggesting that he resign over several of his most recent policy failures including the disastrous pullout from Afghanistan.

President Biden, I’m not resigning, but you should. pic.twitter.com/HuRYM4bLYP

“Three former Directors of Presidential Personnel inform me that this request is a break from presidential norms. It certainly seems petty and political, if not personal. The result is that faithful and willing public servants will be discouraged or thwarted from service. Our service academies will risk being further politicized and polarized,” she said in the letter.

“Your decision is disappointing but understandable given the need to distract from a news cycle that has you mired in multiple self-inflicted crises and plummeting polls numbers, including a rise in new COVID cases, a dismal jobs report, inflation, record amounts of drugs coming across the southern border, and, of course, the chaotic and deadly withdrawal from Afghanistan that has left hundreds of Americans and thousands of Afghan allies stranded under Taliban rule,” she added.

“President Biden, I’m not resigning, but you should,” she said in a tweet with a screenshot of a letter she sent to the Biden administration.

“Instead of focusing on the stranded Americans left in #Afghanistan, President Biden is trying to terminate the Trump appointees to the Naval Academy, West Point and Air Force Academy. My response tonight on #SpicerandCo at 6pm on @newsmax,” he tweeted.

Instead of focusing on the stranded Americans left in #Afghanistan, President Biden is trying to terminate the Trump appointees to the Naval Academy, West Point and Air Force Academy.

My response tonight on #SpicerandCo at 6pm on @newsmax pic.twitter.com/p1SpyipvIm

Other Trump appointees have pushed back as well.

Steve Hanke and John Yoo, who were appointed to the National Board for Education Sciences, filed a lawsuit against Biden’s Secretary of Education Miguel Cardona, alleging that bureaucrats ignored that they were duly appointed to the board.

The suit did not argue that Biden does not have the authority to remove members of boards, though it’s unprecedented for a president to do so.

“The current Administration has the power to remove members of the Board, but the rule of law and separation of powers principles require accountability and transparency for those choices,” the suit said.

“It may not obstruct the work of the NBES by simply ignoring the valid appointment of Plaintiffs by the prior Administration and refusing to convene the NBES to begin its statutorily required work,” the suit, filed by the Pacific Legal Foundation, added.

“The requirement that commissions be timely delivered is one of the oldest Supreme Court precedents in the nation’s history. In 1803, the high court ruled in Marbury v. Madison that failing to deliver such commissions is unlawful,” it says.

The Daily Wire noted, however: “On September 3, the Biden administration finally acknowledged that Hanke and Yoo were, in fact, appointed to the jobs — then terminated them.” 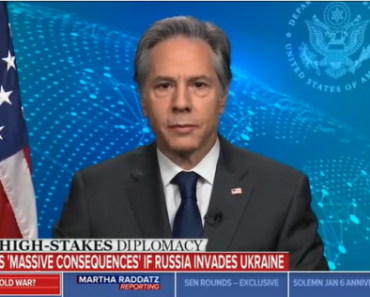